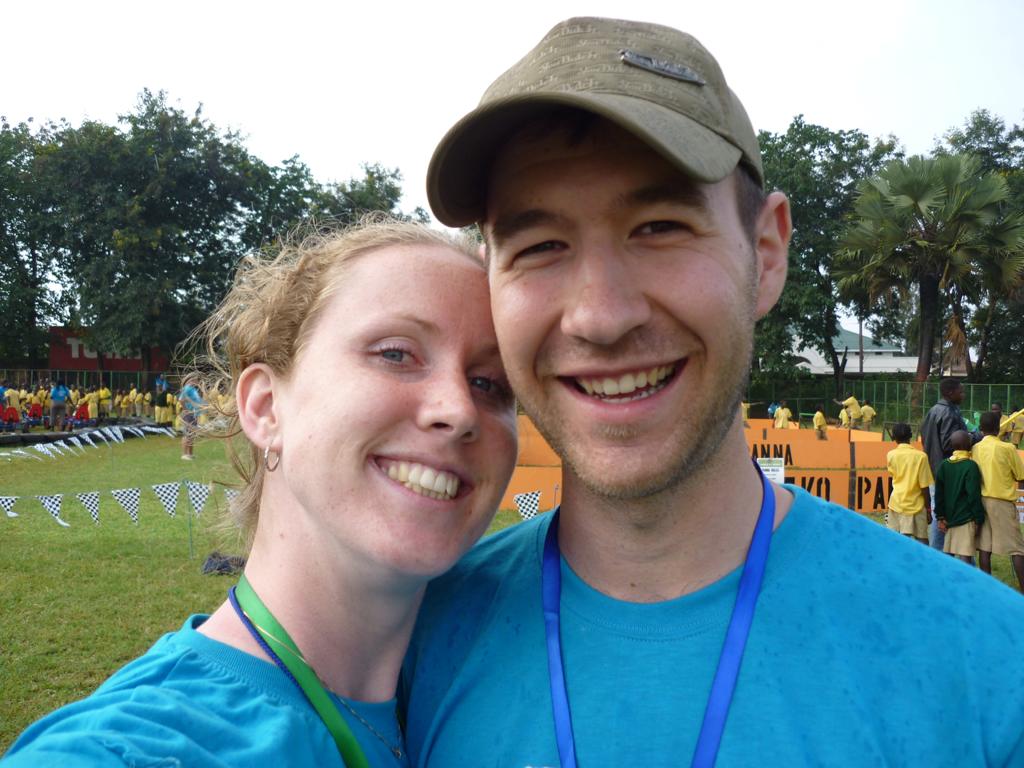 It all started in 2011. We had known each other for a long time and were in the same church as Ferdi and Tatiana, the founders of Tjeko.Eline helped 1morechild translate texts and newsletters into Dutch. The foundation in which Ferdi was previously involved.

After this fundraise campaign, Ferdi and Tatiana asked us if we wanted to help build their new initiative, Tjeko. An evening at home with them and a few enthusiastic stories later, we were over. The importance of playing and Tjeko’s activities to bring this to places where playing is not normal, touched our hearts immediately. Eline already had a warm heart for the children in Uganda. She had already made two trips to Uganda herself, with Livingstone, to help with a children’s program at an orphanage.

Ferdi and Tatiana also asked us if we wanted to become stream leaders for the Tjeko trips. With the Tjeko Trips there was the possibility to take enthusiastic people from Western countries for a trip to Uganda to help build the park and the program. Eline and I organized the trips, brought the group together and facilitated everything around it. It helped that Eline already had experience from Livingstone and the scripts that were there. We have worked on a scenario and which rules of conduct we apply as western people in Uganda. From there we set out with a group of five volunteers. We were also able to join us and that is how the first Tjeko Trip was created in 2011. That was super cool! We would open the first Fun Fair in Jinja.

Suddenly you arrive in the country you have only heard of. You could only imagine it beforehand.

The first morning we went to the field at the bodas (moped taxis), we arrived at a large, empty field with only fences around it. And then you think; this is where it will begin. I am a picture thinker, so I had a rather romantic picture about it. The concept was great with Tjeko and Tjeka, but it had to be realized. We got to work! I still have my shorts with paint stains from the painted mini golf course.

When everything was set up and put down, the program could start. The first day, the field was filled with children, well-behaved in rows as they are used to at school, in school uniform. And when you saw them play, it went crazy! We still called “When in line, stay in line”. Of course they didn’t stick to that, because you can play! You saw the groups of children scattered all over the field like ants.

I did a lot in the place where we had lemonade and the Tjeko snack. We distributed them and we had to pay close attention to who had already had what. Then you see that some children don’t get much food at home and try to come by again. Then you think “yes you already had something”. That moment is very much determined by the wealth you have here in the Netherlands.

The pure experience that the children had there at the Fun Fair full of enthusiasm, being able to fully enjoy it and being in the moment, it made me jealous. It’s so valuable. I don’t think they will forget these moments for the rest of their lives. Children can enjoy those things much more, let alone a child in Uganda who already has so little and can be so little child, that is bizarre.

I see that the Tjeko Staff in Uganda is slowly becoming more independent and mature. They become self-supporting and I think that’s cool. That is in line with the vision that Ferdi had. At the same time, I find it exciting, how will it develop further? Does it stick to people? I hope it stays and that Tjeko has been around for so long, also says something.

My vision for Tjeko … I think of that Tjeko Truck that adapted the Fun Fair concept to other countries. I wish them that truck! That big sticker truck that drives rounds through Uganda or bigger than Uganda. Parking lots full of Tjeko trucks. That Tjeko’s vision can spread more and more like an oil slick and it can be a different view of the child. That in those communities children will be children.

Excited by Arwin’s story ?! You can become a volunteer at Tjeko from a few hours per month. Together we look at what is feasible. For questions and contact, mail to ask@tjeko.info or call Mirai van den Burg (on Wed or Thu), 010 340 1911

Yes, I want to donate and help!